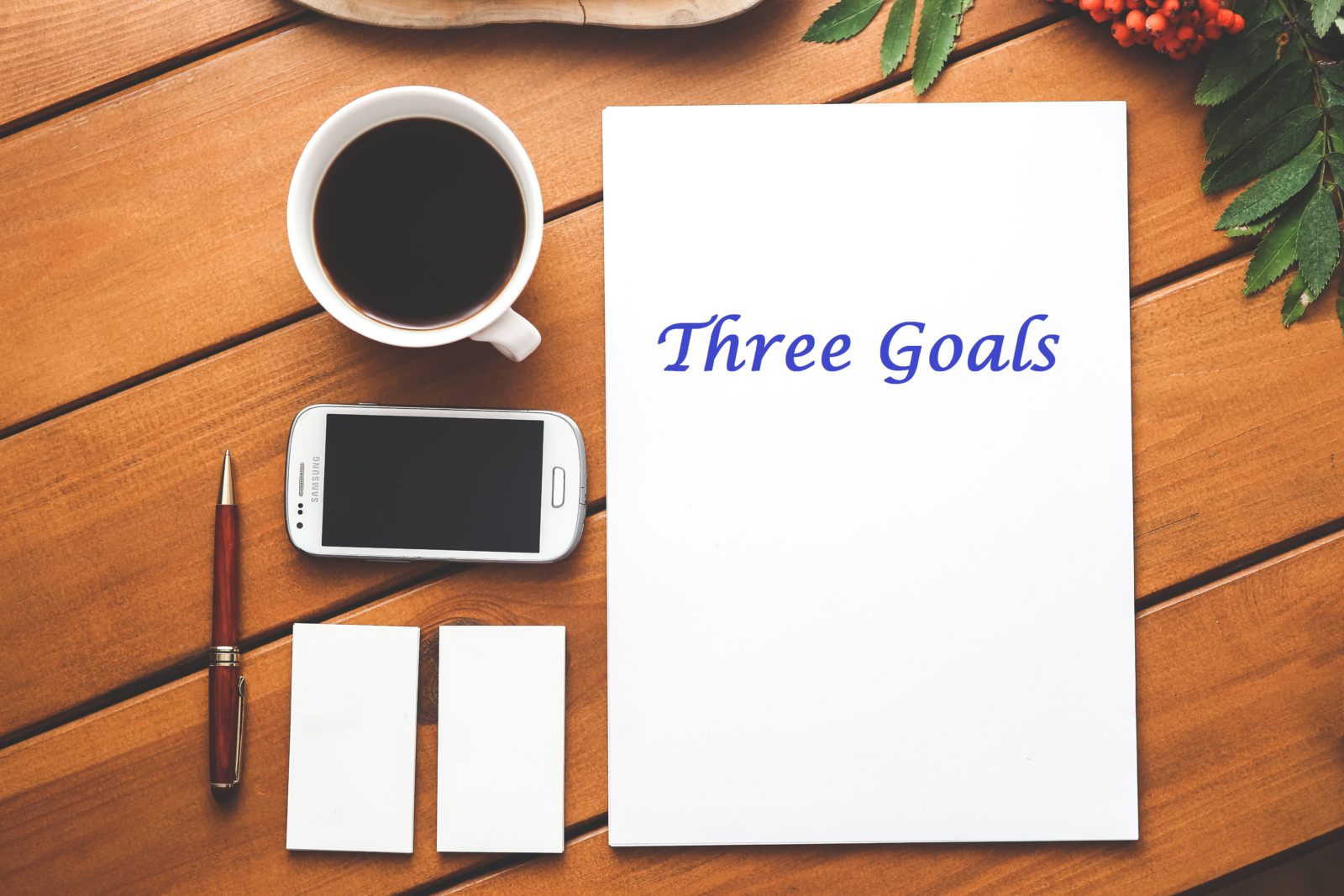 I asked my mother on New Year’s Day if she was making any resolutions for the new year. She said, “No, I’m past all that.” She’s now 88 years old so I guess that makes sense. I sort of want to be past all that too so no resolutions for me. No, instead I’m setting goals. Is that different than making resolutions? I hope so. Instead of saying, this year I’m gong to lose weight and be fit and healthy, which is what I want to be all year long and not just in this year, I’m trying to set clear definable goals.

So, here are my top three goals for this year:

Last year I ran one half-marathon and it felt like a big deal. This year I want to repeat the Akron marathon and hopefully run it faster than before. I also want to do two more. Why two? I don’t know. It just seems like a good number. I’ve already registered for the half marathon that’s part of the Cleveland Marathon in May and I signed up for the half marathon that’s part of the Akron Marathon in September. I need to find one that’s in between those times or do an extra one later in the fall. I feel confident about this one since I’ve already committed money to two races.

Two races are on the calendar with the first one being in May. That means I’ll need to start training soon. It will be a good idea to figure out my training plan and begin to implement it.

I’d like to get it beneath 30 percent. There’s at least two ways to do this: increase muscle or lose fat. Ideally, I’ll do a bit of both. This seems like a healthier way to set a goal than to make a resolution to lose weight. Is this goal any different than a lose weight resolution? Maybe not but I feel better about it and it’s measurable. If I said I want to lose 20 pounds, I could do that but I might lose muscle as well as fat. One thing I’ve learned is that we want to keep as much muscle as we can.

One of the hardest things about being over 50 is that losing weight becomes more and more difficult. I definitely have to watch calories and figure out the best way to eat to build muscle and lose fat. I’ll share my successes and failures with this as the year progresses. In some ways, this feels like the most difficult challenge.

I want to get back to doing a pull up. I reached this landmark a couple of years ago and then my trainer left, and I’ve lost the strength to do it. It took a lot of work to get there and I’d like to get there again. It takes a lot of upper body strength to do a pull up. I don’t think many women past 50 can do one and I like the idea of it. Plus, my arms looked fantastic when I was working on this before.

How will I accomplish this? Lots of upper body strength training. Doing a pull up requires a strong core, strong shoulders, back, and arms. I work with a trainer so we’re going to have to discuss these goals and how I’m going to reach them.

My three goals fall into running (endurance), body fat (weight or health), and pull ups (strength). That’s basically what I’m working on so I feel confident I can reach all three goals in 2018. It will be a challenge but that’s what goals are about, right?

1 thought on “Three Goals for the New Year”