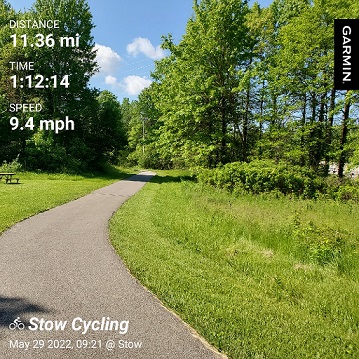 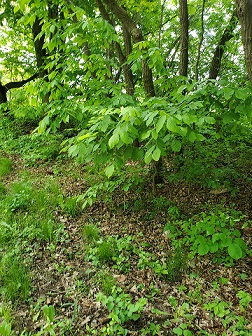 On Saturday, I took Penny for a run on the bike and hike trail close to my house. It was a great day for a run, plus it’s a holiday weekend. There were lots of people using the trail.

I know I’ve written about running with Penny before. Penny is doing well with running with me though I’m so slow that Penny doesn’t actually run. She just sort of trots along with me.  She has learned how to stick with me, though, so it’s easier to run with her. 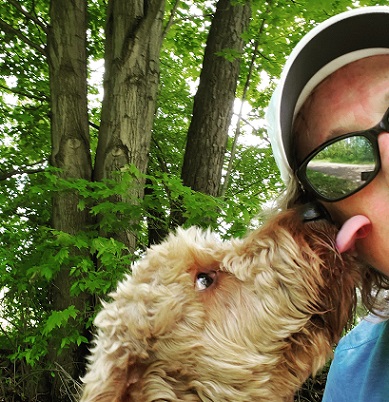 On Sunday, I got out my bike and went for a ride on the same trail. It was another gorgeous day and I rode for a little over an hour, which was the furthest I’ve ridden in a long time. 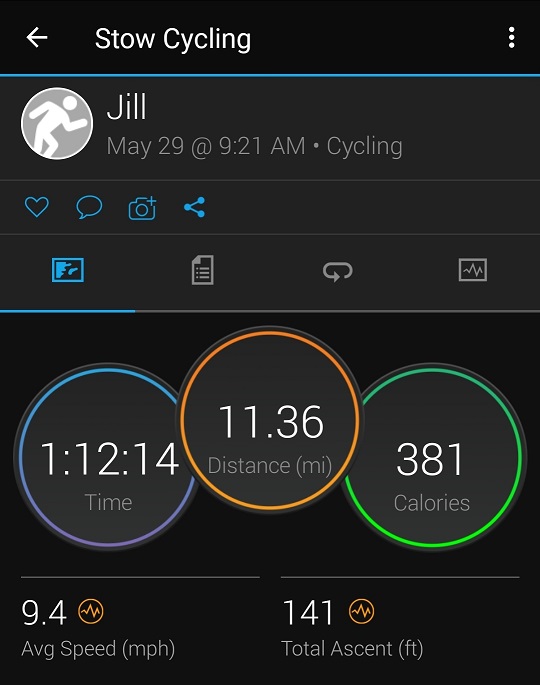 When I was running, here’s what I noticed. Many bikes zipped past me without saying anything. No “on your left” or even just “I’m passing you!” Several times I was startled by a bike that I was unaware was behind me.  I also encountered both groups of bikes and runners running two or three abreast. Each time I’d watch to make sure they moved over so I could continue my run. It felt like I was playing chicken with each group. Running with a dog makes it a bit more challenging. I try to make sure both of us are safe so I would usually make sure Penny was running alongside the trail. A couple of times we both had to get off the trail because there wasn’t enough room for us while people were passing.

When I was riding my bike, here’s what I noticed. A few people out walking and running had complete, over the ear headphones on so they couldn’t hear me say “on your left.” They couldn’t hear much of anything, I guess, except for whatever they were listening to with the headphones. I also noticed groups of bicyclists who were riding three abreast coming towards me. I wasn’t sure if they were going to move over in time. 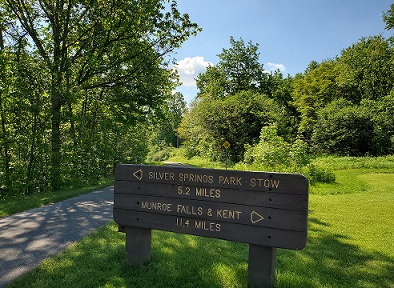 There were two women walking their dogs on the trail. Both dogs were walking off leash and when I called out, “on your left” the women darted around trying to grab their dogs. I ended up having to stop and wait while they got their dogs back on their leashes. The women thanked me and were grateful that I stopped and waited. The trail seemed busy to be walking dogs off leash but fortunately no mishaps occurred.

For the most part, I think everyone was being careful to share the trail. The people wearing the over the ear headphones were probably the most at risk because I don’t think they knew who was approaching them. They seemed to be at the most risk for an accident.

We had such beautiful days over the weekend that I really wanted to enjoy running and riding on the trail, but it did remind me why I prefer using the trail on weekdays. I still enjoyed both days and will continue to use the trail, despite encountering obstacles on the bike and hike trail.

Do you encounter similar obstacles? Let me know.

2 thoughts on “Obstacles on the Bike and Hike Trail”