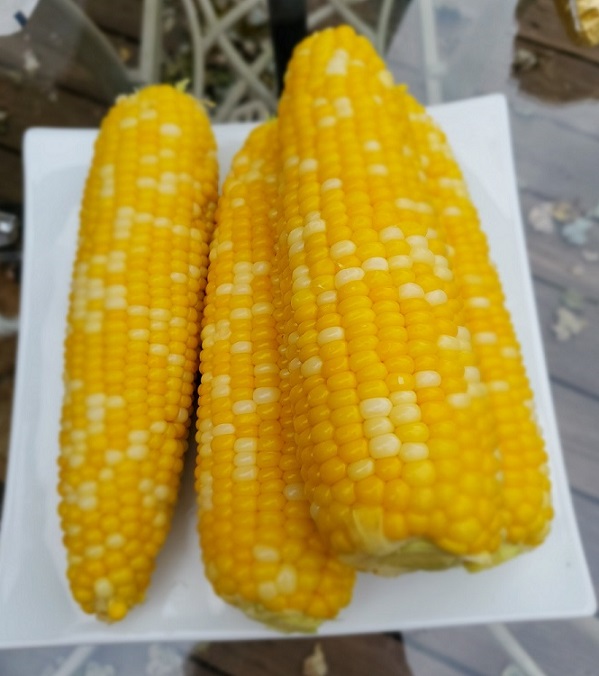 Corn on the cob is not a unique vegetable nor is it an unusual way of preparing corn. So, technically, it probably doesn’t count as an entry for the Becoming Elli Veggie Challenge.

I’ve been making it frequently over the past few weeks. Yes, I know that most corn is GMO and is high in carbs or sugar. It is usually not on the list of acceptable foods in most weight loss diets. However, it’s August in Ohio and it’s sweet corn season.

Some of my favorite childhood memories are of eating sweet corn in the late summer. I can remember my mother stopping at one of the local farm stands to buy corn for our dinner and how we all ate it with great enjoyment. We slathered butter and salt on it and devoured it. My father would eat several ears at a meal. There was a certain ritual about eating corn.

When I visited my relatives on their dairy farm in northwestern Pennsylvania, we would go out into the garden and pick ears of corn for dinner. Then we’d stand by the barn to husk the corn and throw the outer leaves into the heifer pens. Those cows loved the corn leaves. 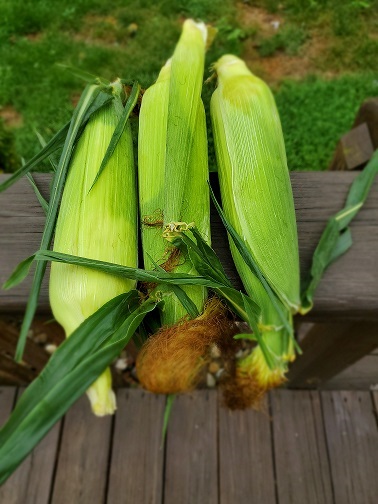 Since this is the Becoming Elli community, most of you will remember that we didn’t get produce out of season very often when we were children. So, corn came into season and lasted for a month or two and then no more fresh corn for the year.

Now, I can buy corn on the cob almost year-round though I don’t think it’s the same thing. I don’t often buy it out of season. But, in both Ohio and Pennsylvania, corn is in season in August and lots of produce stands pop up and sell it. Also, there are farms that specialize in corn and they sell a lot of it in the summer.

You can cook corn on the cob in any number of ways. You can grill it, throw it in the embers of a camp fire, and microwave it in the leaves. I cooked it a couple times this summer in the Instant Pot but decided that I preferred the old-fashioned way of boiling a big pot of water and throwing the corn in for three to five minutes.  My mother instilled in me a horror of overcooked corn so I’m careful not to boil it for too long. 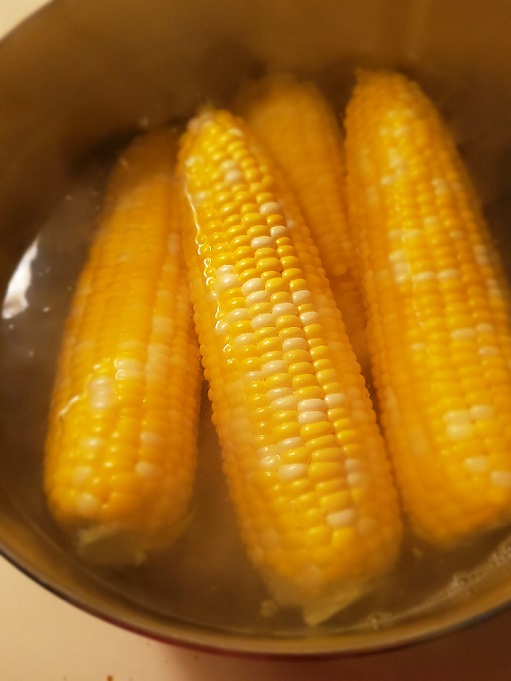 There’s a lot of talk about emotional eating. I know that usually means we eat when we’re angry or sad or happy and that it’s considered to be an unhealthy habit. But for me, corn is emotional eating in that it reminds me of family and summer and happy times. A favorite memory is my familysitting at our picnic table enjoying our corn and Velvet, our Cocker Spaniel, sitting under the table, hoping some food would fall. I both miss those days and am grateful to have had them.

I have a friend who eagerly buys Silver Princess corn whenever she finds it. It reminds her of buying corn while on vacation with her family. You don’t find much of that variation in Ohio so she’s always happy when it shows up in our local farmer’s market.  So, I know I’m not the only person who associates sweet corn with family and summer and love.

Do you have regular, everyday foods that evoke that sense of nostalgia for you? I’d love to hear about them. Leave a message here or on the Becoming Elli Facebook page or email me at Jill@becomingelli.com.