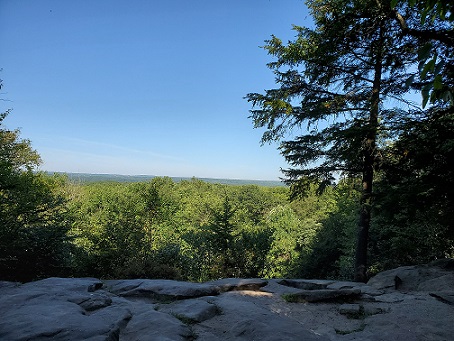 I went trail running last week. I live near the Cuyahoga Valley National Park. (For those of you who are not in the US, national parks are parks managed by the federal government.) We also have some great county owned parks in the area so we have lots of trails. Normally, I hike on the trails but occasionally I decide to do a trail run. 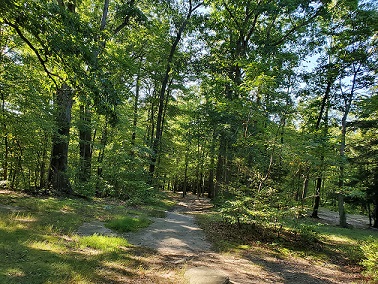 Last Sunday was a beautiful, late summer day here in Ohio. The sky was clear blue, not many clouds, and the temperature was mild. Perfect weather for running.

My very rough training plan included a long run for the day and so I decided to head over to the national park to do some trail running. I got in a five mile run, the longest I’ve run this summer, and felt great. My legs felt fine and my breathing was good. You know how you can have a day when everything just feels right? That was my run.

Trail running differs a bit from road running. For one thing, it’s not on a road (sort of obvious, right?) so you don’t have to worry about cars. Instead, you have to worry about roots, rocks, and uneven ground. Because I was in the park on a gorgeous Sunday morning, I also encountered people out hiking and running on the trails. So I paid attention to them as well.

When running trails, plan on being slower than on road runs. I think I easily lose one to two minutes in my pace.

Trails are often narrow. At times the trail was wide enough to run two abreast but often it was too narrow. So single file becomes the norm. 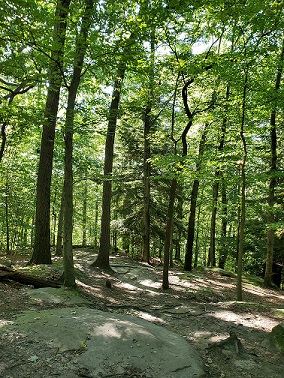 Be sure to watch your feet and the ground while running. It’s easy to trip on a rock or a root. It’s also easy to get smacked in the face by a branch so watch for that as well.

Because the ground is uneven, your muscles will have to work harder to maintain balance. Your body must constantly adapt to keep you upright and moving. It’s a good workout.

Hills can be a challenge. I usually walk up the steep hills and slow my pace when running down hills because I worry about catching my foot on something.

You don’t really need extra gear for trail running. I have a pair of trail shoes that I use at times. I can usually get a way with my regular running shoes because I don’t do that much trail running. If you’re going longer distances, you need to bring your own water and food.

I find little interest in listening to music while trail running. I just enjoy my time in nature and listen to the sounds of the forest.

Do you do trail running? I’d love to hear about it. 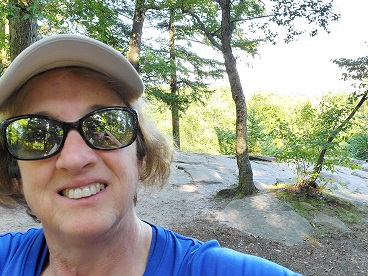