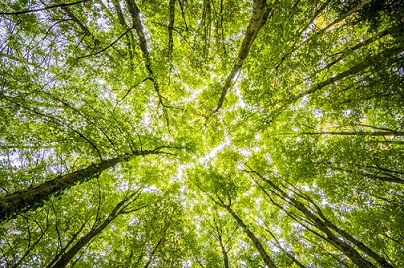 Is there a connection between running and grief? I think perhaps there is. Not for everyone, of course, but for some of us dealing with grief, running provides some mental health benefits.

There’s a lot of discussion about how running helps with our mental health. If you want to read a great memoir about this, check out Depression Hates a Moving Target by Nita Sweeney. Chris and I talked with Nita about running and mental health on our podcast. You might check that episode out too.

I don’t know if there’s much specific talk about running and grief, which is different than depression. Grief causes a lot of different emotions; sadness, anger, guilt, loneliness are a few. I think what makes running helpful is that it provides an outlet for all of that emotion stored up inside.

When my husband died, I felt bereft. I was angry that other women still had their husbands. I was lonely and worried about my teen-aged son and I felt completely unprepared for life on my own. Grief is an overwhelming emotion.

Shortly after my husband’s death, I began to go to the gym. I was overweight and out of shape because I’d been taking care of him for a couple of years and just couldn’t focus on myself. Once I started going to the gym, I used the weight machines and the cardio equipment, basically both the treadmill and the elliptical.

At some point, I decided that running would be helpful.

I don’t think I was thinking too much about getting in shape but I felt horrible and needed to do something. I downloaded a Couch to 5K app and began to try to run. I’d never been a runner before in my life, so this was a novel activity for me. Looking back, I can’t quite say why I decided to take up running. It just seemed like a good idea.

The act of running makes you think about something other than your day-to-day details. My mind would wander, and I’d be completely away from my sadness. You really have to focus on your body and what’s around you and less on what you’re feeling.

Also, getting better at something helped my mental state. I would do a particular week of my Couch to 5K and if I couldn’t move on to the next week, I’d repeat the current week. Eventually, I’d be able to move on. When I ran 30 minutes without stopping, I felt so happy with myself. That moment of success was fantastic.

Just the act of going outside to run helped. I put on running clothes of some sort and my running shoes and prepared to go out. Just having to do the prep work helped me feel better. I put together a play list and figured out how to have water handy. Those details were something different to think about.

I went to a grief support group for a while. A couple of women said that when their husbands died, they spent months in bed and never went out. That’s when I realized that we all grieve differently. I couldn’t

Losing a loved one is so hard. I’m not saying that running makes it better, but it makes facing life and grief just a bit easier.  There’s some time where you’re not focused on your grief but instead on how it feels to run.

Do you think running has helped you with grief? Or some other kind of fitness? I’d love to hear from you.

2 thoughts on “Running and Grief”