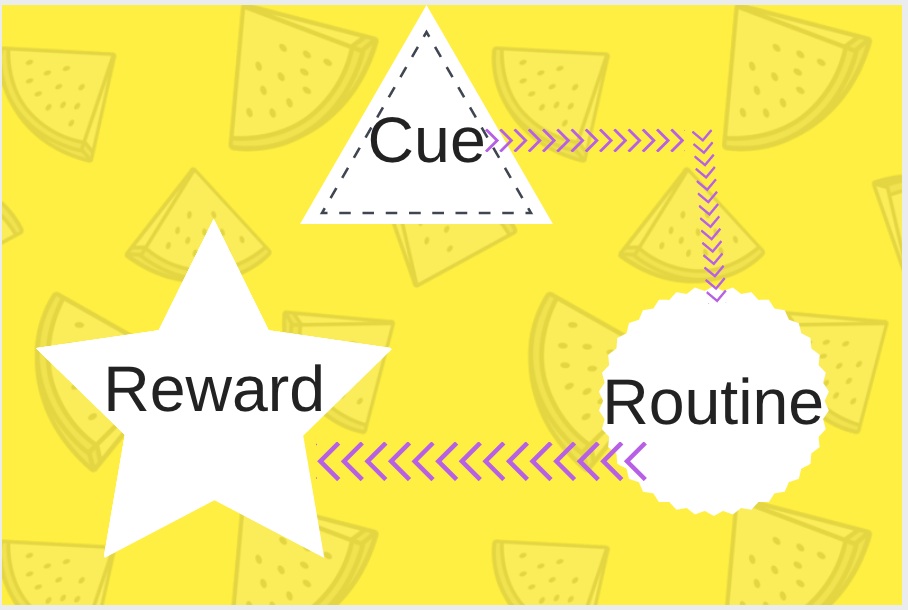 I recently read a book called The Power of Habit. And I have been able to change some habits! The book explores how habits work. The author studied how businesses change the habits of their employees as well as how everyday people lose weight, keep it off and start consistently exercising.

My big “ah-ha” with this book was to learn to change the thing I do right before the action. I found this description of the book on Amazon:

The book explains the 3 parts of the habit. Each habit has a cue, a routine and a reward.  The key is understandi 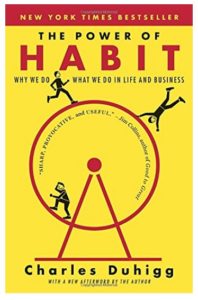 ng the pattern before trying to adjust the outcomes. It starts with the cue. The cue might be the time of day or a situation.  The phone rings. Stuck in a traffic jam. An argument with a family member. The 3 pm slump.

Then, almost automatically the habit moves into the routine.  And finally there is the reward.

If you think about it, we all do actions with a series of steps. Making coffee, driving a car, taking a shower, grocery shopping, reading Facebook.  I learned from this book, if you can breakdown and understand the cue, routine and reward of your habit, you have a chance at modifying any habit that you currently do.  Making my New Year’s resolution into a cue, routine, reward type activity that comes naturally and almost automatic, has helped me to redirect myself without too much thought or decision. In fact, I’ve found that there are a lot of good things that I can do, somewhat unconsciously.

After examining some of my habits, here’s an example of one of them where I have been pretty successful at making the redirect:

Following the cue of a commercial with a yummy cheese-dripping pizza shown during a break in the action of a football game on TV, I will still go over to he fridge and peak in. But now I have placed a pile of fresh veggies (carrots, celery, tomatoes, mushrooms, spinach, broccoli, cauliflower, Brussel sprouts whatever is on sale/in season) front and center. Instead of grabbing something “yummy” to eat, I changed the routine. I pull out the vegetables and chop them up. Then, even if I don’t eat them right now, I’ve got stuff ready for salad toppings or a soup. And sometimes, just the act of looking in the fridge, pulling the veggies out and chopping them, satisfies my craving for that food I saw on TV that unconsciously sent me to the fridge to begin with.  I don’t know why it feels satisfying (the reward.) But it does. Usually halfway thru chopping, I have forgotten all about the dripping cheese from that pizza commercial because I’m focused on not chopping my fingers as I’m slicing the onion. And I’m thinking about what kind of salad or soup to make and should I add some protein. 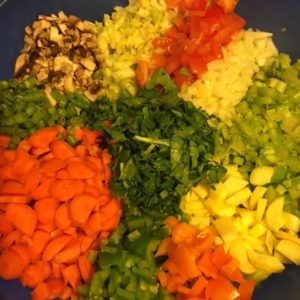 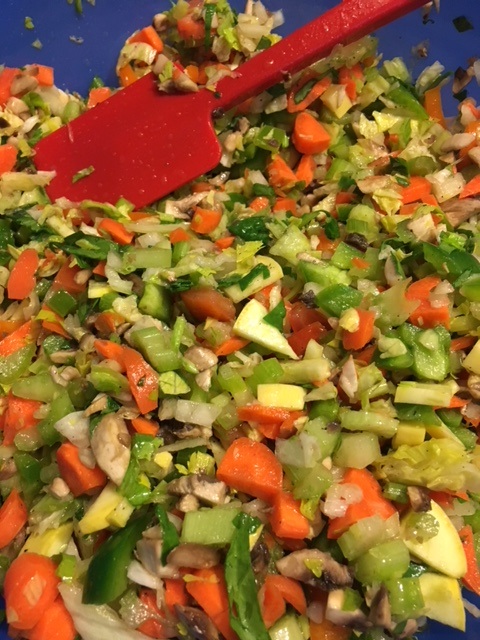 Chopping veggies is very satisfying to me. I feel like I accomplished something, the movements are somewhat unconscious and the results are good.

Is there a habit that you are trying to change or redirect? What is your cue, routine and reward? Leave us a message below about your success or challenge with changing it.

4 thoughts on “Book Review: The Power of Habit”