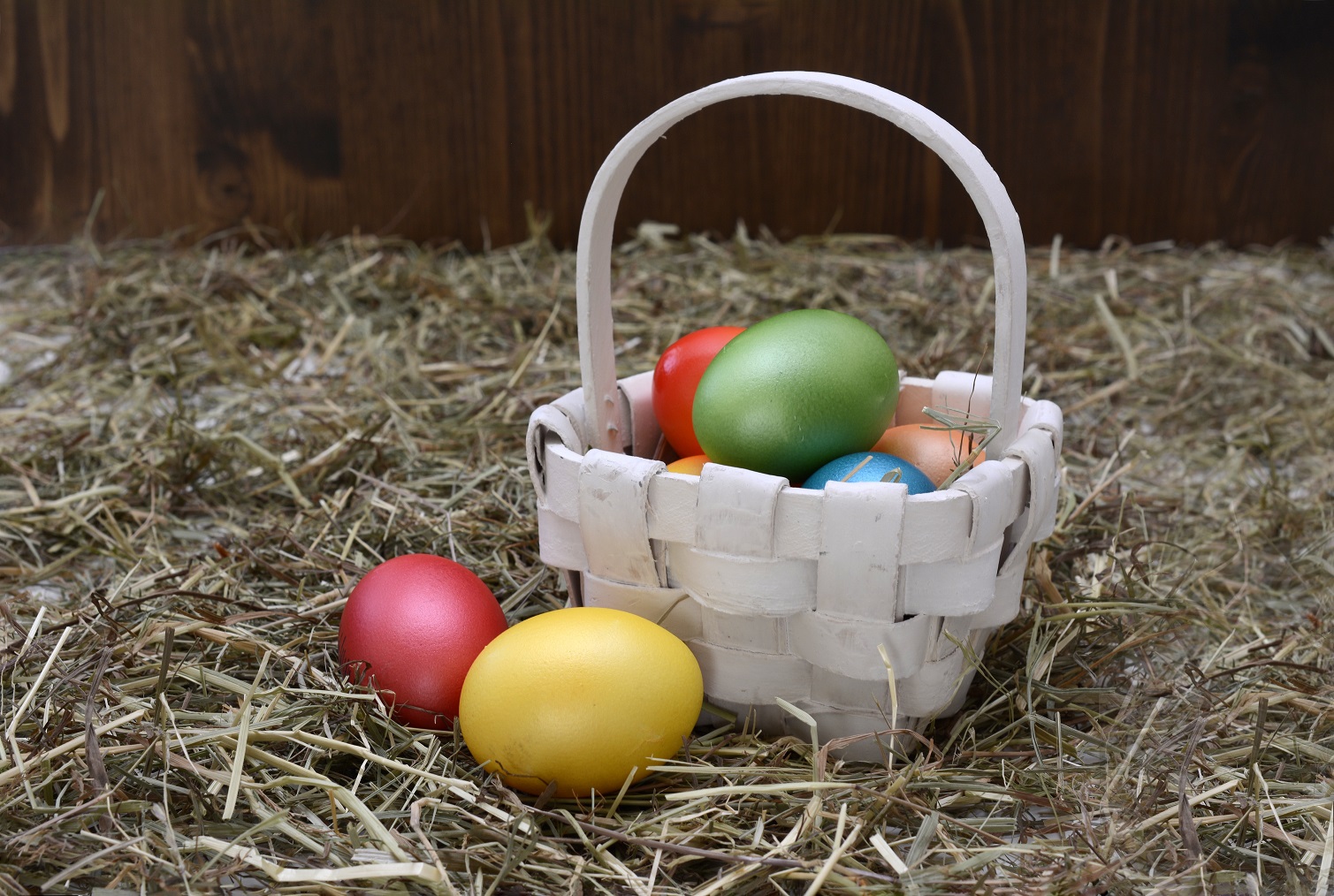 The first race I ever ran was the Hop for Hope 5K. When I ran it the first time, we started at Hale Farm in the Cuyahoga Valley National Park, ran on a little side road down to a covered bridge and back. It was very scenic and also very hilly. The hills were indeed a challenge.

I ran the 5K twice on that trail. Then the race changed to a main road in the park and now the course is much flatter. It’s not quite as scenic but I’m guessing people complained about the hills.

Then in 2016,  I ran the 10K. This year I returned to the 5K because I’ve not been running much due to a problem with my Achilles tendon. (Chris wrote about her issues with her Achilles tendon and her exercises have been very helpful to me.)

The Hop for Hope is a fundraiser put on by a local foundation to help people dealing with Hodgkin’s Lymphoma or Leukemia. The race is always held sometime around Easter and includes Easter egg hunts for the children. Here’s what the race website says:

Hop for Hope is a 5k/10k race and 1 mile walk event that helps the Kimberly Walton Foundation give financial aid to those suffering from Hodgkin’s Lymphoma and/or Leukemia.

The first time I ran the 10K, I was delighted to have run that far; it was the first time that long a race. I was a bit disappointed in the race because we all started at the same time and by the time the 10K people got back, the awards ceremony was almost over and there wasn’t much left on the refreshment table.

This year the 10K runners start 10 minutes before the 5K.

Despite not having been running much, I managed to run the entire race without problem. I ran it a 11:00 minute mile which is about my normal speed. Sometimes I’ve managed to run closer to a 10 minute mile speed but I was happy with what I did on this one.

It was cold this year; the temperature was about 28 degrees. It snowed a bit over night. (We’ve had a hard April this year.) I wore about four layers of clothes, hat, gloves, and winter running pants with my compression sleeves on my calves. I was certainly not cold when I finished the race but I wasn’t so warm that I had to peel off layers.

The race is held on a main road leading out of Akron into the Cuyahoga Valley National Park.

The race organizers said they had more people sign up for this race than ever before, over 300 runners. Some of those were the 10K folks, and there was also a 1 mile fun walk. This year they started the 10K runners about 5 minutes before the 5K runners, which I think helped make the run a bit more organized.

An Easter egg hunt followed the race so as a result there were a lot of little children about. They weren’t always being watched so they blocked the finish line at times. That’s not a safe thing. On the other hand, it’s fun to see the children and of course it’s fun to have the Easter Bunny there.

This is a fun race put on by some caring people. They award each runner a cute medal and a cotton T shirt. It’s a well organized race with lots of motivational signs and talk.

Here are a few things that I think could be improved. The road was closed but not at side roads and from apartment complexes. I was almost hit by a car because I didn’t realize that there would be moving traffic and was out in the road a bit. It was alarming to have a car zip right by me when I wasn’t expecting it.  I guess it’s not reasonable to actually manage to close the road but maybe a different location on a less busy road would work.

Also, this year they didn’t do age group winners. I probably would have won my age group so maybe that’s why this one bugged me. One of the organizers said they weren’t doing age group rankings because they didn’t have prizes. I think it wouldn’t be hard to prints some round labels that could go on the back of the medal that each runner receives. The label could say 1st Place, Age Group, or whatever was appropriate. I like more recognition of runners, not less.

The finish line was split between the 1 mile run, the 5K, and the 10K. It was not clear to me where I was supposed to go. Fortunately a spectator yelled at me to take the center lane.

None of these are horrible things; just some thoughts about what could be improved for next year.

Overall, it was a fun race with a great crowd, a cute medal and T shirt in a lovely location. And I was delighted to be able to run it without problem.