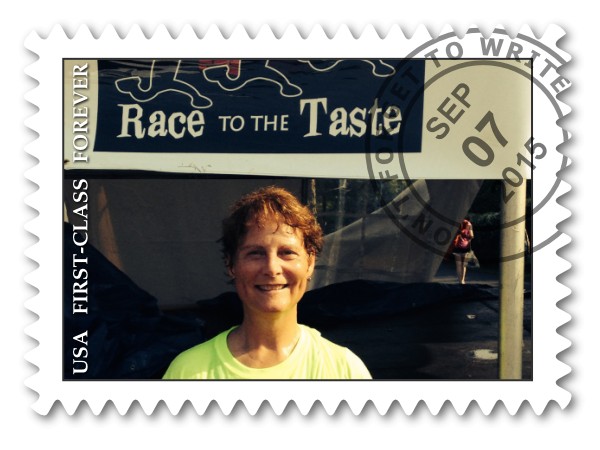 What’s the magic of a 5K? Why is it such a popular race?

If you have never done a 5K, you may be wondering about doing one.

What to expect: A 5K is 3.1 miles. It is a long enough distance that you should prepare. Don’t just decide to run it without training for it — unless you regularly run a similar distance and have pretty good cardio.

I made that mistake with my first 5K. The very first 5K I ever did, I hadn’t trained a bit, I was very overweight and I was shocked how hard it was. The course had hills and it was in the middle of April. It was a race that isn’t held any more – called the Bogsucker Strut. (I think a bogsucker is a bird.) The Bogsucker Strut 5K was held in Twinsburg, Ohio in early April. On that particular cold and rainy morning, I ran it with zero training. I didn’t know about racing. I started off as fast as everyone else, but in less than a minute I had to walk. There is no record of my finish time that I can find on the internet. I’m not even sure of the year, but I think it was 2004. I do remember having ordered an XL shirt. And it was tight. I came in last – way, way last. As in, no one was even at the finish line, except my husband.  (Other years’ results show the last place person was at a 11:30 pace, which is faster than my Personal Record.) They had already finished the announcing the awards when I got to the end. Not a good memory. It took me a very long time to ever try a race again.

Now I love to race, but I did most things wrong about the first one. I would suggest if you decide to do a 5K for the first time, don’t do one in Ohio in early April — it seems only the serious, experienced runners go out that early. (The photo to the right is a local fundraiser in 2015 in my town called Race to the Taste, usually held on Labor Day Monday each year.) 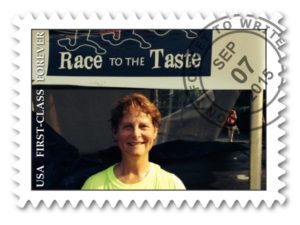 There are lots of reasons to run a 5K. Here are 5 reasons I would suggest it:

I’m doing a 5K early tomorrow morning and I’ll post my photo on the Facebook page. When you run your 5K, please post a photo of you at the finish line on our Becoming Elli Facebook page! Or if you are shy about it, joint the private Becoming Elli group on Facebook and post your photo there instead! See you at the races! – Chris