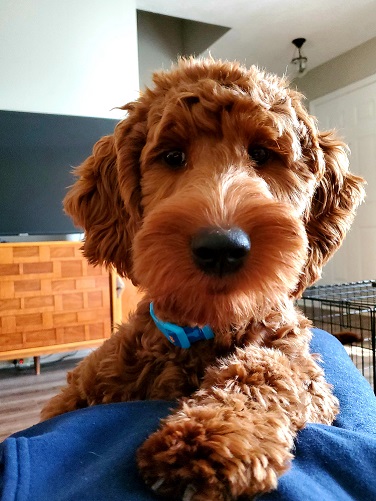 I just realized that walking the dog adds lots of steps to my daily totals. I knew that, of course, but when I looked at my Fitbit numbers, there was the proof.

Remember when I got my puppy, Penny? I wrote about her last summer when she was a baby. Now Penny is about six months old so still a puppy but she’s more like a pre-teen these days. She keeps me very busy with taking things out of her mouth and stopping her from chewing on things.

My expensive She Fits sports bra no longer zips because Penny chewed the zipper. She also got the back of my newest pair (and most expensive) pair of running shoes. Fortunately, I caught her with the shoe early enough to save the shoe.

As Penny has gotten older, her ability to walk has obviously increased so she requires longer walks. Besides chewing on things, she also requires more exercise. I’ve noticed that my daily steps increased once Penny came into the house. Penny became a member of the household in mid July of this year and you can see that my monthly steps have consistently increased as she’s gotten older. 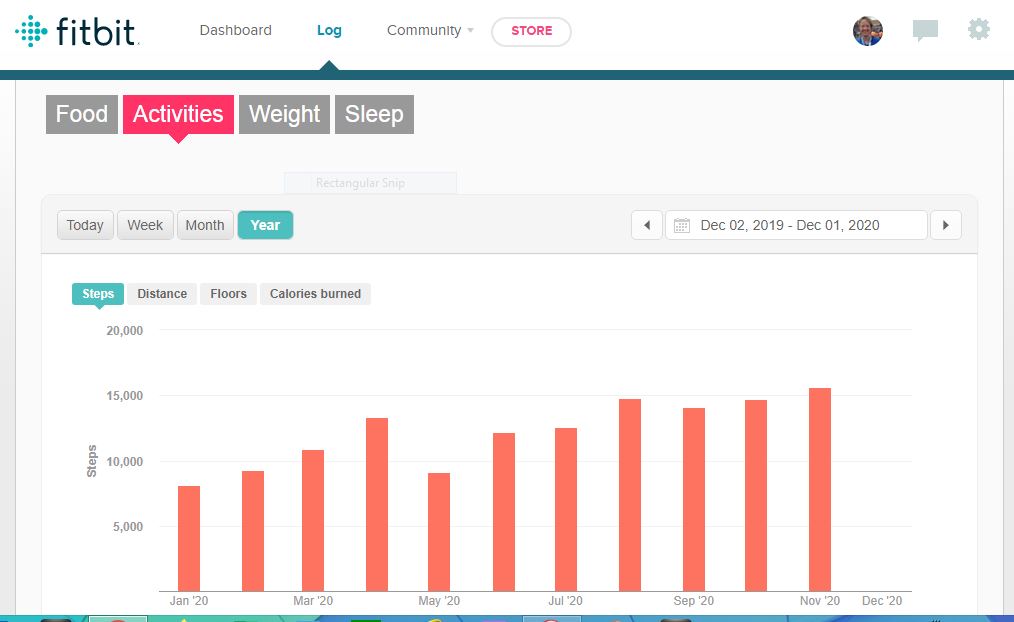 The thing about having a dog is that she has to go out for a walk regardless of the weather. We had our first real snowfall recently and Penny was enchanted. She loved the snow and frolicked the whole time we were out walking. It actually made having to be out walking in the snow a lot more enjoyable. I would not have gone out first thing in the morning for a walk in the snow. 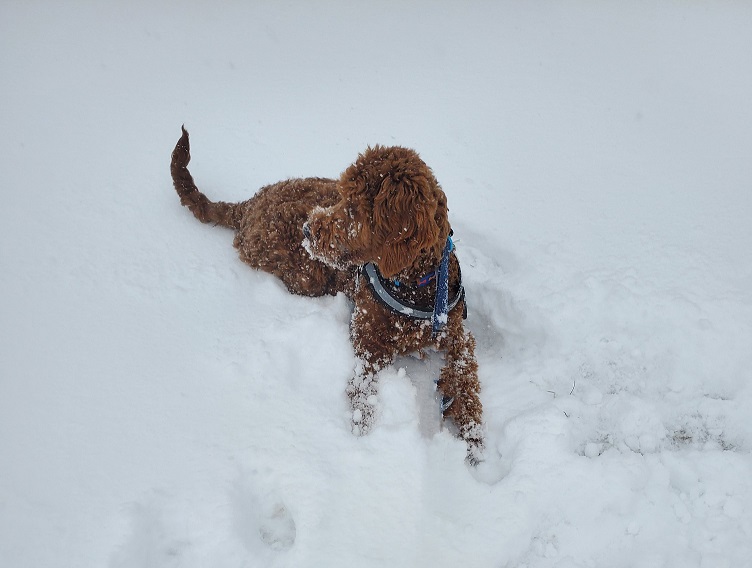 Walking in the cold is not great but I make a point to carry gloves and a hat so that if it’s colder than I expect, I’m prepared. This comes from not being prepared when it was cold and wet.

I’m hoping that Penny will eventually be able to run with me. I know that’s going to take some training but it would be fun to have a running companion.

Life with Penny is turning out to be a lot of fun and a lot of steps.

2 thoughts on “Walking the Dog Adds Lots of Steps”