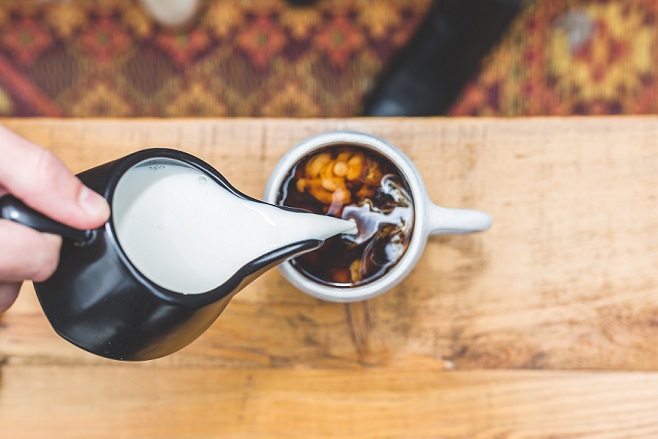 What do you drink in coffee? Do you drink coffee with cream? Or coffee with butter and coconut oil? Hard to believe this is an issue but it’s a question that I’ve been pondering.

I used to drink my coffee with cream and sugar. Then my doctor at the Trim Life program at the Cleveland Clinic told us to cut out the sugar from the coffee. She said in three days you’ll be over it. And she was right. I quit adding sugar to my coffee and very quickly adjusted to the change in flavor. I haven’t put sugar in my coffee in a long time but I do, however, still put half and half in my coffee.

The standard light cream for coffee in the United States is called half and half. It’s as you might think, a combination of milk and cream. It runs about 12 to 18 percent milk fat. Apparently in the UK, this is called half cream.

Cream in coffee is so tasty because the fat interacts with the coffee and gives it a better “mouth feel.” In other words, it makes it a bit thicker and smoother. The proteins in the cream softens the bitterness of coffee.

The reason I refuse to use skim milk in my coffee is that there’s no fat in skim milk. That means it has much fewer calories but it does nothing for the coffee but turn it an ugly mud color.

Now that I’ve written this, I realize why I abandoned sugar in my coffee without much difficulty but really struggle to move to drinking my coffee black. I like that smooth taste that I get with coffee with cream.

So, here’s the dilemma I’m pondering. Everyone is down on half and half in coffee (and I mean that in the way that 50+ people mean down—it’s not considered to be good.)

The keto people say don’t use half and half because it has too many carbs from the milk. Instead, switch to heavy whipping cream (HWC). HWC is about 36 percent milk fat, still has protein, but apparently has fewer carbs.

Dave Asprey, the inventor of Bulletproof Coffee, suggests that we abandon all dairy products except for grass-fed butter. So, he makes coffee with grass-fed butter and MCT oil. If you look online, you’ll find many variations on this coffee but almost always made with butter and coconut oil.  I’ve tried this coffee and I admit, it’s pretty tasty. The fat in this gives you that good “mouth feel” and it’s filling. You can’t drink multiple cups of this stuff all day long. Well, if you did, you’d be consuming huge amounts of calories and even if you’re not a calorie-counting kind of person, trust me, it wouldn’t be good.

Oh, there are the non-dairy flavored creamers, like hazelnut and French Vanilla creamers. I don’t drink these because they’re usually full of sugar and the kinds of fats that I avoid. They are just not particularly good for you.

A lot of the functional medicine doctors suggest we move away from dairy and those flavored creamers so they often suggest using coconut milk or almond milk in coffee. I think almond milk doesn’t do much to enhance coffee. In my mind, it’s the skim milk of non-dairy creamers. Coconut milk isn’t too bad but it does have an odd taste for coffee.

Vegan coffee tends also to be almond milk, coconut milk, or soy milk. A lot of the manufacturers of these milks make thicker versions that they sell as creamers. You have to be sure to check the ingredients of these to make sure that the sweeteners and thickening agents are things you want to consume.

So, I’ve tried all of these different creamers. Heavy whipping cream overwhelms the taste of coffee. The almond and coconut creamers are expensive and don’t really cut it. They don’t have the same flavor or “mouth feel” for me. Adding butter and coconut oil to coffee actually tastes ok but it’s more work than I like when it’s first thing in the morning. To be honest, nothing beats regular half and half cream so that’s what I use.

My mother who always drinks her coffee black used to tell me, “it’s a lot easier to drink black coffee.” As usual, my  mother was right. 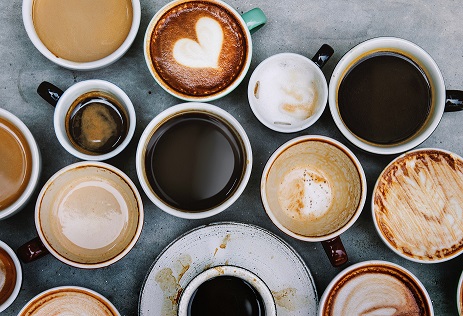 2 thoughts on “Coffee with Cream or Butter or Coconut Milk or What?”