I never did much athletically in my life. I hated gym class in school and was happy to spend my leisure time reading a book.  My favorite activity was dodge ball (yes, we played dodge ball back then) because I could run up towards the line, get hit with the ball and be out. I got to go sit on the bench and watch.

I still enjoy reading but I now have to consider myself an athlete. It took me a long time to get here, that’s for sure.

When I was in my late 40’s, I realized that I was overweight and out of shape. I’ll look for a photo from that time to share but until I dig one up, trust me. I was out of shape and at least 60 pounds overweight.

I began to look around for things to do. I signed up for a water aerobics class through the local rec department and went twice a week to an evening class. I was probably a good decade younger than everyone else in the class but I was in no better shape.  It was a great way to get started with exercise.

The good thing about water exercise is that it’s easy on your joints. I got in a pretty good workout. I think it was a bit of a cardio challenge and some strength work.  The negative side of the class was that I had to put on a bathing suit. I enjoyed the class but didn’t continue with it for very long.

Next, I decided to try a different class that was available through the rec department. I signed up for a class that met twice a week and did a full body workout and included cardio. We brought our own five-pound dumbbells to class. I bought small hand weights at Target.  That class was killer. I know I actually got stronger doing that class.

So, because I liked the strength training, my husband and I decided to join a gym. I used the weight machines and treadmill but I didn’t run then. I just did fast walking. I also didn’t use personal training but I got the trainers on staff to give me workout routines to do.  The gym also offered classes so I took a yoga class every Sunday. I really liked that.

Eventually, I moved to using free weights and working out. I also at some point decided to take up running and followed a Couch to 5K program. I had to modify it because I couldn’t progress as quickly as it went but I did eventually run for 20 minutes straight.

Given time, I became stronger and developed much greater aerobic capacity. So now I can run. I’ve been training with Chris to run a half  marathon. We’ll update you on that since we’re running it in less than a week. I also am much stronger than I used to be.  I still have to remember that I’m strong enough to open jars but it’s a thrill when I do.

I’ll share more about my life as an athlete in future posts. 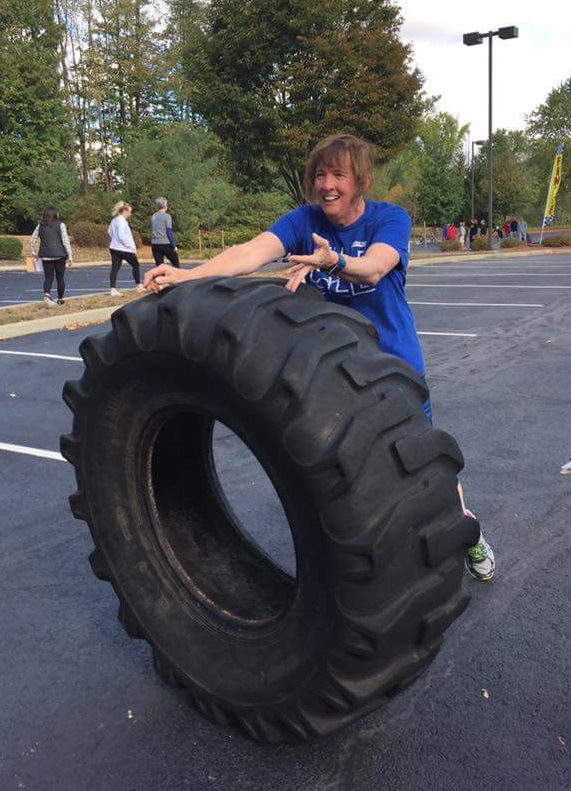