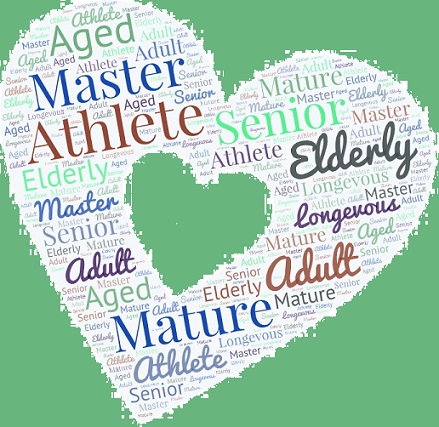 I was talking to a 78 year old woman in the gym the other day about what to call an active elderly woman. She’s at the gym almost every weekday for several hours at a time. She works out in the gym and spends time in the pool. She does a lot of treading of water. If there was an Olympic competition in water treading, I think she could win it. She has unbelievable biceps for any woman.

I told her that I am taking a class at the local university and called myself old. She said that I was not allowed to call myself old in front of her. I explained that I meant it in reference to the college-aged students in my class.

She told me that there is a woman who goes to the pool at our gym everyday. This woman is around 82. The 82-year-old woman told Patty that she really dislikes being called elderly because it implies frailty.

Patty said she also dislikes the term but that it’s what we’re automatically called called when we hit 65.

I said I had been thinking about those terms recently. At some point you can no longer call yourself middle-aged for obvious reasons but elderly seems extreme. I said some people just say senior citizen. I don’t know how I feel about that.

The problem of course is that people age differently so some people at 70 are indeed frail and others are very athletic.

Is This What You Call an Active Elderly Woman?

We can complain that nobody should have age labels put on them but we do it all the time whether we’re talking about teenagers, young adults, middle-aged people, the elderly.

To really make myself feel bad, I just looked up the word elderly in my new favorite thesaurus, word hippo

Want to read some of the synonyms for elderly?

geriatric
doddering
senile
mature
venerable
unyoung
doddery
grizzled
hoary
superannuated
olden
longevous (This means long lived! I kind of like this one.)
declining
retired
tired
long-lived
past it
long in the tooth
grey-hairedpast your prime
of advanced years
been around
full of years
long in tooth
lot of mileage
on last leg
not as young as one used to be
feeble

Here’s what the MacMillan dictionary https://www.macmillandictionary.com/us has to say:

the elderly: old people. Many people now think that this expression is offensive. It is better to use a term such as older person, older people or older adult.

I’m not really objecting to the word elderly but I would like to find a term for an older adult who is physically and mentally active.

Do you have any suggestions? I’d love to hear them.

5 thoughts on “What Do You Call an Active Elderly Woman?”