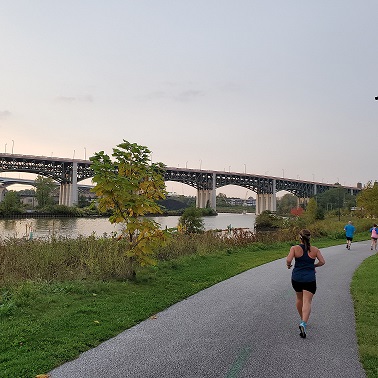 Here’s the Towpath Half Marathon Race Recap before I forget the details.  It was a hard race for me but I managed to complete it. 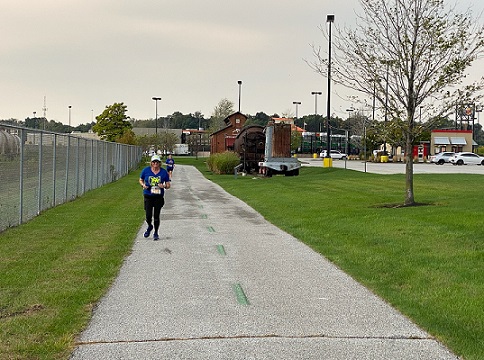 I used the run-walk method that I used in training. I stuck with the three minutes of running and one minute of walking for the most part. There were some steep hills at the beginning and end of the race. They were tough so I found that my walking window was longer when I was going uphill, especially at the end of the race. I adjusted my running and walking time as I needed towards the end. My training had only gone up to ten miles so I found going the full distance to be a challenge.

Fortunately, the weather was good. It wasn’t as hot as had been predicted and it also wasn’t as sunny. Instead, rain was suddenly in the forecast but it held off until the race was over. If it had been hotter, getting up those hills would have been a terrible challenge.

I selected this race because I’d always wanted to do it and this year seemed like a good opportunity. The race is held on the Towpath Trail as an out-and-back course. and had always been held in the Cuyahoga Valley National Park. I’d always wanted to race along that bucolic trail.

This year, the organizers wanted to celebrate the trail being extended into Cleveland so the race was moved north into the city. The race started in the Flats where we quickly picked up the trail and then headed up into Tremont, a trendy neighborhood in Cleveland. 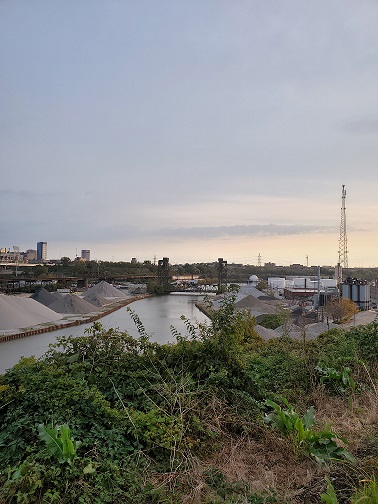 From Tremont, we dropped down and continued past the still operating steel mill and a “air” plant (I think they make tanks of oxygen and other gases) and then end up going past the shopping center of Steelyard Commons.

We continued south to Harvard Rd., ran alongside it for a while and then picked up the trail again. Once we were south of Harvard, there were some trees. It had more of the feel of what the original race probably had. At some point, the half marathoners turned and the full marathoners continued on.

Along Harvard, I met a young woman who was running her first race. She was tired and taken aback by the hills that we had encountered. She said she’d chosen this race for her first because she’d been told it was flat. i explained that it used to be but this year it was obviously rather hilly. I ran with her for a while and tried to encourage her. Since I was doing my run-walk thing, we ended up separating though I somehow ended up in front of her because I saw her heading to the half-way turn after I’d already turned. She never crossed my path again but I hope she finished and felt successful.

This was not the pretty, tree-lined course that I had originally expected. Running past a steel mill and an air factory was interesting though the air quality wasn’t great. Running around the edge of Tremont was fun, especially getting to check out the expensive new houses. 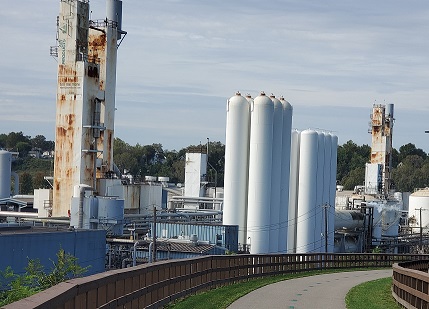 On the return part of the run, I lost sight of the people in front of me and those behind me. At one point, I was running near a large grassy field adjacent to a manufacturing plan and realized that I was all alone. A rather unnerving feeling. I began to wonder what if everyone else in the world was suddenly gone and I was it. (My mind goes to odd things at times.) Then I began to imagine a Zombie apocalypse and figured out where I would go if zombies began to appear. Fortunately, I eventually encountered some people and my mind returned to thinking about the race. It was odd to be isolated like that during a race. It felt more like I’d gone for a long run on my own rather than racing. 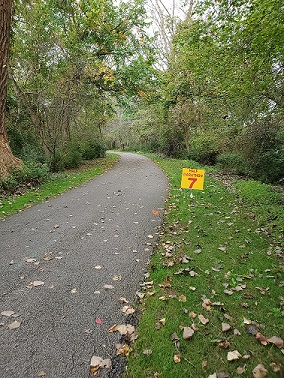 There were plenty of aid stations along the way, I thought. It seemed like there was water and Gator-aid and porta-potties about every two or three miles. When I encountered the aid station after being alone like that and imagining zombies, I was very talkative with the volunteers. I think they thought I was a bit weird.

I knew going into this race that I would be slow; I figured I’d take about 3 hours and 15 minutes to run the race. My results were actually took 3 hours and 11 minutes so I was pretty accurate in my prediction. I was very close to being last in the half marathon. I think I was about 6th from the bottom. The good news is that I came in first in my age group because I was only one in it. Isn’t that something?!

I felt pretty good afterwards though I was rather stiff and still felt sore the next day. Definitely, not as bad as I could have felt.

I picked a race to get myself moving. Goal accomplished. I wanted to just do it and not worry about speed, so I accomplished that too.

I also found the run-walk program to be effective though I need to do it more if I want to have a more competitive speed. I’m not sure if I liked using that method in the actual race. I’m going to investigate this further and figure out if I could do this for training but actually run the whole course. 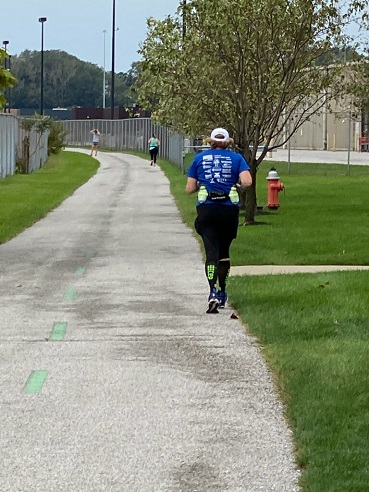 I’m glad I ran this race. It was a good experience but I found myself missing the excitement of the other races that I’ve run. The Akron Half Marathon has spectators all along the course and there’s so much energy. There were really very few spectators at this race and I missed them. Because I ran this race alone, I had nobody to hang out with at the beginning or end of the race. I could have really used someone at the end because I was drained. Since the race started in the Flats and parking is such a challenge there, very few spectators were even there.

Will I do this race again? Perhaps but I don’t think it will be on my list of races that I absolutely want to repeat. I think it’s good to experience different kinds of races and I’m glad I managed to finish this one successfully.