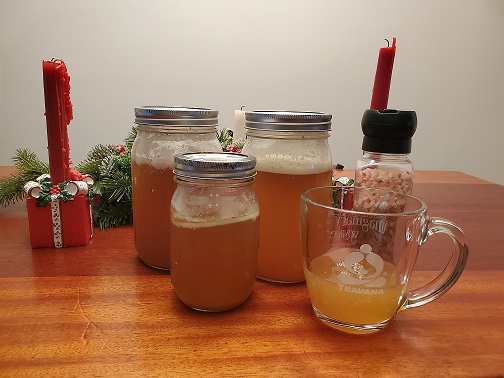 I made beef bone broth yesterday using the bones left over from the roast I served on Christmas Day. The roast was from a local butcher with pastured raised beef, so it was delicious though expensive. I had several bones left over and hated to just throw them away, so I decided to make some bone broth. 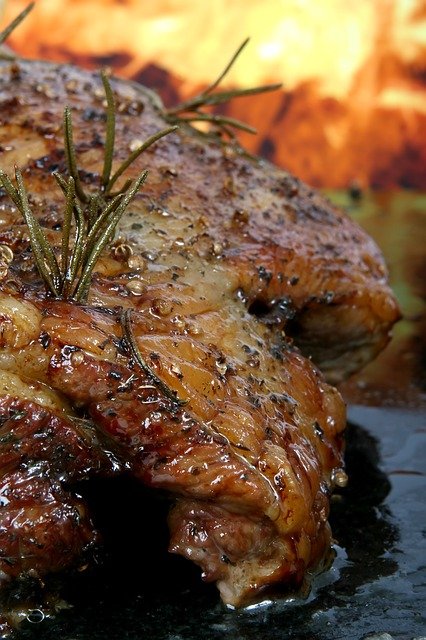 The last time I made beef bone broth was several years ago. I used my slow cooker to make it. The problem with the slow cooker was that it was indeed slow. I had to let it cook for over twelve hours to get the most nutrients out of the bones.

Here’s how I made my beef bone broth. Because I had roasted the meet the day before, the bones were already roasted. Therefore, I could skip the step that many recipes suggested, roasting the bones before making the broth. 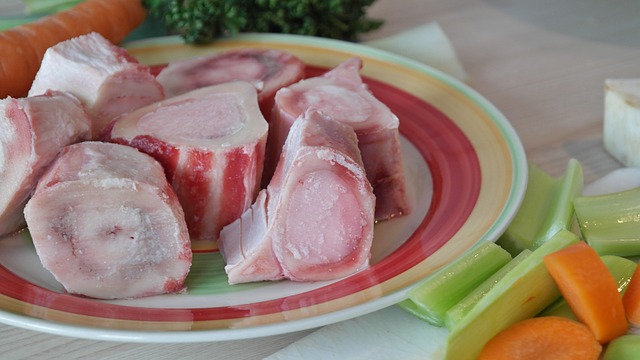 I put the bones in the bottom of the Instant Pot and then added some roughly cut onions, carrots, and celery. I also threw in a couple cloves of garlic and a couple bay leaves.

Finally, I added a couple tablespoons of apple cider vinegar. The vinegar is supposed to help release the minerals from the bones.

Then, I filled the pot with water, up to the Max Fill Line. My Instant Pot has a soup button that lets me set the Instant Pot for four hours so that’s what I used.

Because the Instant Pot was full with lots of liquid, it took a long time to come to full pressure. Once it started to cook and some time went by, I bumped the time back to four hours again. Therefore, I cooked the beef bone broth for probably about 5 and a half hours. I also let the Instant  Pot release naturally. Again, because the pot was so full, it took a long time for the pressure to release fully.

Once the pressure was released, I remove the lid and saw a pot full of beautiful broth and all of the cooked vegetables and bones. I removed the bones and vegetables with a spoon and then poured the broth through a fine strainer into a large Pyrex measuring bowl. Then I decanted the broth into some Mason jars. I placed the jars into the refrigerator and once the broth had cooled, I removed the fat that congealed on top.

I drank a cup of the beef bone broth that afternoon. First, I heated some in the microwave and then sprinkled some Himalayan pink salt on top and drank it. Wow! It was good.

I guess I should write this up as a recipe for you. Here you go:

Approximately two pounds of beef bones of any kind, or how much you have

Roughly cut onion, carrots, and celery or whatever you have on hand.

Enough water to cover the bones and vegetables.

Place the roasted bones in the bottom of the Instant Pot.

Pour in enough water to cover the bones and vegetables. Do not exceed the Max Fill Line.

Add salt and pepper and the Apple Cider Vinegar.

Add the lid and set the Instant Pot to high pressure for five or six hours, if you can. Mine only goes to four hours so I set it to four and then added another hour once it started to cook.

Strain the broth and pour into jars.

Refrigerate the broth and remove the fat that has risen to the top. 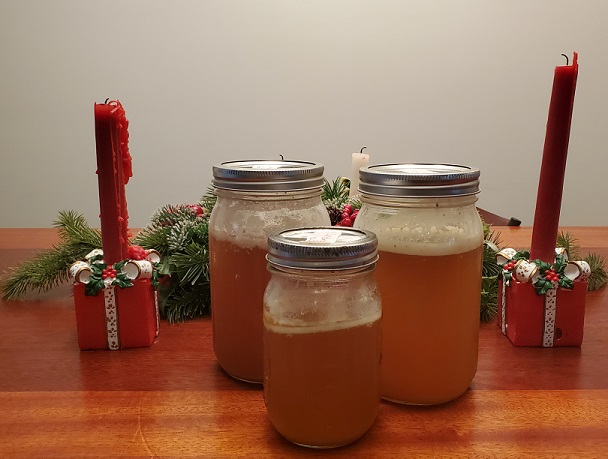 Use the broth in soups or sauces or just drink it straight. I added salt to mine for drinking.