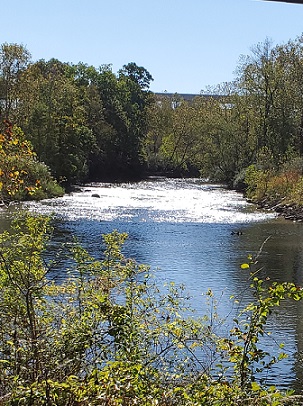 What could be better than  running in the fall with my dog, Penny? It’s been several months now that Penny has been doing her canine Couch to 5K plan with me. We actually abandoned the official plan and just went with a run-walk program. I use my Garmin to set times for running and walking and we go from there.

On a beautiful fall day, this is the face I saw at the top of my stairs. 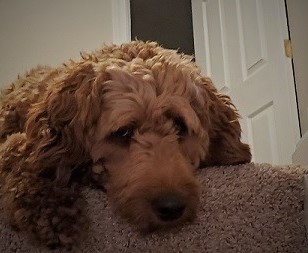 What a dejected looking pup! I said, “come on, Penny, we’re going for a run.”

We drove to the Towpath Trail in the neighboring town. It’s a lovely trail that runs along the Cuyahoga River. I wanted to run a section of the trail to figure out the distance between two towns so it seemed like a good day to do it.

We had a great time though the change in seasons has introduced a lot of new scents for Penny so we had to stop periodically so she could sniff. I’m assuming that’s why she was so interested in sniffing. 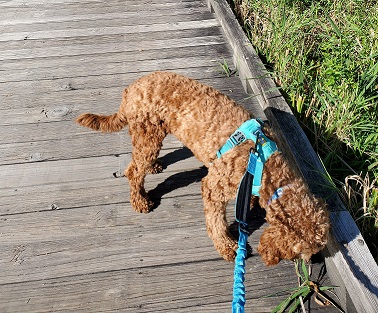 We didn’t set any records for speed but the day was so gorgeous that walking was as enjoyable as running. We ended up walking more than running but the distance round trip was five miles and Penny’s record before that was four miles. So, walking more was probably a good thing.

How is Penny doing with her running? She seems to enjoy it but she struggles with bikes passing us. I believe that she’s afraid of them but she’s getting used to it. She still gets out of the way but she doesn’t bowl me over getting off the path. She actually listens pretty well when she’s running. More than she does when she’s walking, which is curious.

I like running with Penny but if I’m trying to actually go for a serious training run, I find I’m better leaving her at home. I end up concentrating on Penny more than on my running. Perhaps as we get more used to running together, this won’t be such an issue. 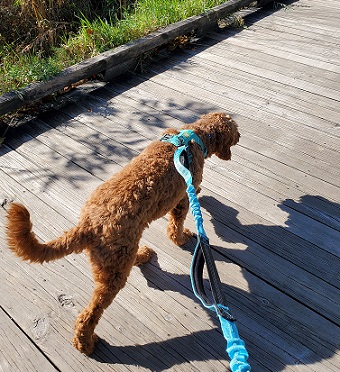 The day was so pretty that we enjoyed ourselves tremendously. The trail ended up with a fair amount of traffic but we handled it without problem. 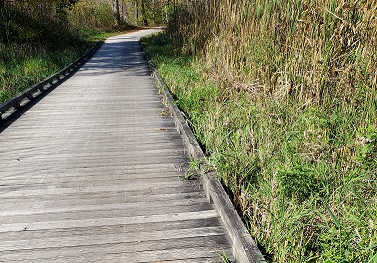 I think Penny is going to become a good running companion. This summer she was still young but next year she should be able to run without being too distracted.

Do you run with your dog? Let me know what works best for you. I will appreciate any training advice. 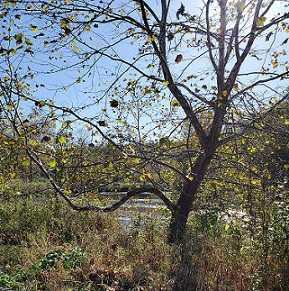