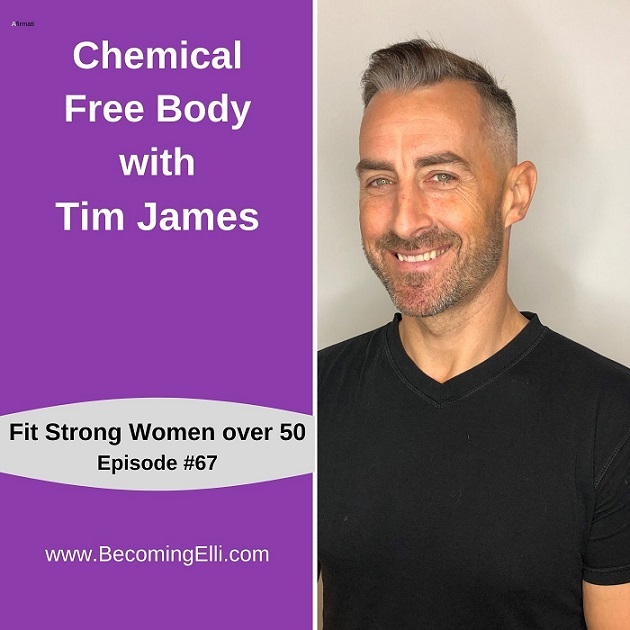 In episode 67, Jill and Chris spoke with Tim James about what he has discovered about health.

After Tim James suffered from multiple health issues, including rectal bleeding, two separate skin issues, chronic acid indigestion and surgery to remove one of his organs due to serious digestive issues, Tim knew something had to change. It was only after the untimely death of his younger brother that he finally decided to take action.

Feeling charged with a duty to help others, he started sharing his knowledge with anyone that would listen. This led him to producing his own chemical-free food products, becoming a health coach, and putting out a podcast, Health Hero Show with Tim James.

Tim told the story of his own health recovery and then talked about a variety of ways to improve our health. He is convinced that we need to remove chemicals and impurities from our bodies to achieve real health. He discussed the importance of:

He believes in eating more plants – the fresher the better. Tim says he mainly eats raw foods. He cooks only about 10 to 20 percent of his food.

Tim also discusses why he avoids meat and dairy and why it’s important to remove toxins from our bodies.

He said that it is important to love yourself the way you are right now. Being fit and healthy is a lot more fun than not being fit and healthy. The combination of oxygen, pure water and movement helps to pump your lymphatic system, an essential part of having a chemical free body.

Tim talked about a lot of different studies and researchers. Here are links to some of what he discussed and the researchers he referenced: